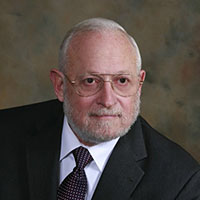 Daniel J. Ryan is a lawyer in private practice, a businessman providing analyses of policy issues significant to national security, and an educator teaching cyberlaw and information security as a Senior Fellow at the National Defense University and as an adjunct professor for George Washington University. Prior to returning to the private sector in 2012, he served for eight years as a Professor at the National Defense University, teaching cyberlaw, information security, information assurance, cryptography, network security and computer forensics. Prior to joining NDU, he was a lawyer in private practice.

Earlier he served as Corporate Vice President of Science Applications International Corporation with responsibility for information security for Government customers and commercial clients who operate worldwide and must create, store, process and communicate sensitive information and engage in electronic commerce. While at SAIC, he developed and provided security products and services for use in assessing security capabilities and limitations of client systems and networks, designing or re-engineering client systems and networks to ensure security, enhancing protection through a balanced mix of security technologies, detecting intrusions or abuses, and reacting effectively to attacks to prevent or limit damage.

Prior to joining SAIC, Mr. Ryan served as Executive Assistant to the Director of Central Intelligence. Before that, he was Director of Information Systems Security for the Office of the Secretary of Defense serving as the principal technical advisor for all aspects of information security. He developed information security policy for the Department of Defense and managed the creation, operation and maintenance of secure computers, systems and networks. His specific areas of responsibility spanned information systems security (INFOSEC), including classification management, communications security (COMSEC) and cryptology, computer security (COMPUSEC) and transmission security (TRANSEC), as well as TEMPEST, technical security countermeasures (TSCM), operational security (OPSEC), port security, overflight security and counter imagery.

In private industry, he was a Principal at Booz Allen & Hamilton where he served as a consultant in the areas of strategic planning, system operations and coordination, data processing and telecommunications. At Bolt Beranek & Newman, he supplied secure wide-area telecommunications networks to Government and commercial clients. He represented the Los Angeles-based Systems Development Division of TRW in Washington, D.C., and he was Director of Electronic Warfare Advanced Programs at Litton's AMECOM Division. He headed a systems engineering section at Hughes Aircraft Company where he was responsible for the design, development and implementation of data processing systems.